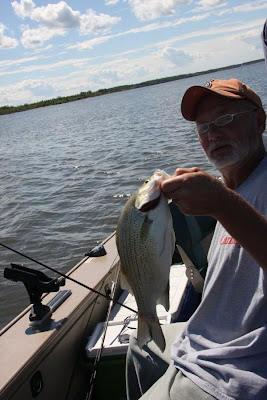 It was just another beautiful day in August, the sun once again blazing from the sky as we headed up to Pine Falls and the Winnipeg River. What was different about this trip was the time of year. Usually it occurs during the cold days of fall when the leaves have fallen off the trees. This is usually the prime time to catch the mighty Lake Winnipeg greenback walleye that have rolled into Traverse Bay, which is located where the Winnipeg River empties into Lake Winnipeg.
Friend Jim Price has an addiction to this area, spending about fifteen days a year exploring the massive bay. It was the first time either of us had been there in the middle of August.
A gentle north wind greeted us as we hit the mouth of the bay, the wind balancing the current from the river. After venturing out in the bay some three kilometres, we soon discovered that the water quality was considerably worse the further you went out. We turned around and started fishing back in the clearer water in combination with current flow. 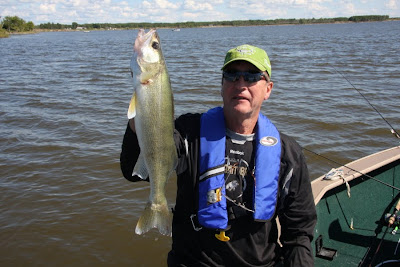 Quickly we found a school of white bass in three metres of water. They could be seen swirling and slashing bait fish to the surface of the water. We caught the first few on jigs and Berkley power grubs, then switched over to shallow running Berkley Flicker Shads to cover more shallow water. It was non-stop action 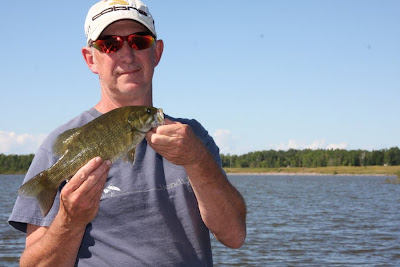 for about an hour until we scattered the school of fish. Switching back to jigs Jim moved us out off the edge of the underwater point to about four metres of water. Bingo, it was walleye time! We then landed a combination of walleye, sauger, smallmouth bass, silver bass with a northern pike thrown in for good measure, a fun day had by all.

Labels: a mixed bag of fun